Currently Orkney has nearly 300 Electric Vehicles (EVs) and Plug-in Hybrid (PHEVs) in use on the islands. This is a number that increases day by day and is predicted to reach 1000 by 2025 (10% of the total car population).

What are the Benefits of using an Electric Vehicle?

People can be deterred from switching to an Electric vehicle by the higher initial purchase cost. However if the whole life cost of running an EV is considered, then it is much less expensive than a conventional vehicle. This is because the fuel (electricity) only costs around 4p / mile instead of 13p – 15p / mile for petrol or diesel. In addition maintenance costs are lower and Road tax is zero!! For many EV owners in Orkney the fuel cost is free if they have a turbine or solar panels.

How can EV’s be convenient you ask? Surely you have to continually charge them and cannot do long journeys? In the early days of EVs this was certainly true. However the range of EVs is getting better all the time and most new EVs have a range of between 150 miles and 300 miles. The charging infrastructure is expanding day by day. There are already more chargers in the UK than petrol stations.

On Orkney we are blessed with a good charging infrastructure and many EV owners have turbines and/or Solar panels and so can charge up for free.  Since there are nearly800 domestic turbines and over 300 solar panel installations on Orkney then the target of 1000 EVs by 2025 is perhaps not too ambitious.

For the best in convenience having a full battery every morning cannot be beaten! –It certainly beats going to a windy, rainy petrol station and paying a fortune to refuel!!

The environmental cost of running an EV is much lower than a conventional car. If the electricity is produced from renewables (as it is on Orkney), then the environmental cost is even lower. Even on the UK mainland   the majority of electricity is produced from non-fossil fuel sources (renewables + nuclear) on most days and as more renewable generation comes on line this can only get better.

It is early days yet for EVs but the potential for recycling looks to be good. For the main bodywork and fittings then an EV is no more or less able to be recycled than a conventional car. However the Traction battery is another matter. It is entirely feasible that old batteries from EVs will be used as Home batteries, linked to the electricity grid. These batteries will be able to be charged at times of low demand and   used instead of grid electricity in times of high demand or power cuts. This will benefit the householder through cheaper electricity and help balance the grid in times of high demand.

The Importance of Decarbonisation

The decarbonisation of transport is a significant part of the fight against climate change, global warming and urban pollution. The Scottish Government estimate 25%[1] of Scotland’s emissions are from transport, the majority being from road vehicles. 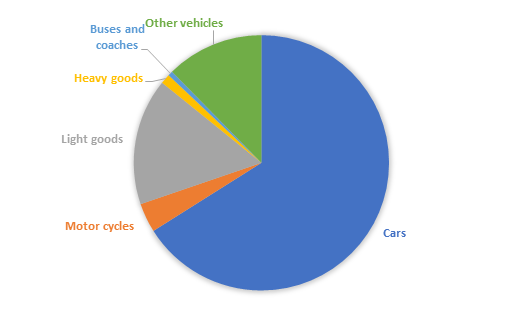 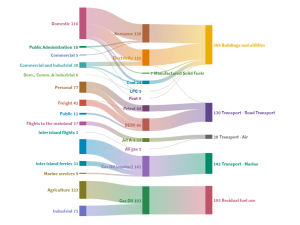 OREF sees three energy-related opportunities through electrifying the vehicle fleet in Orkney:
1. Decarbonisation of the sector and reducing CO2 emissions
2. Use of private generation (domestic turbines and solar panels) to fuel vehicles, so reducing the loss of capital from the county through buying imported fuel.
3. The increase in electrical demand in the county allowing more renewables to be deployed and/or the existing constrained renewables being able to run for longer periods during times of high wind.
OREF therefore fully supports the initiatives to replace fossil fuels with electricity.

“But EV’s can’t drive far” is a common cry from the range anxiety critics!

In September 2017, Chris Ramsey of ‘Plugged in’ adventure drove a standard Nissan Leaf 10,000 miles to Mongolia and back to Aberdeen! Chris is a keen supporter of Orkney’s renewables and what Orkney represents and has a great story to tell.

OREF has run a programme of promotional events ranging from attendance at shows and fairs to two visits by Robert Llewellyn’s Fully Charged programme. OREF also sent a message of ‘No CO2!’ spelt out in EVs to the COP 21 climate change talks in Paris in 2016